Doordash wins with ‘Battle of the Snacks’ DoorDash partnered with Twitch for a large-scale activation Battle of The Snacks where eight teams of two competed in a two-day tournament to see which snack reigned supreme.

It was a highly competitive and captivating live tournament where each team had an influencer team leader that represented a snack brand (Oreo, Sour Patch Kids, Chips Ahoy, Coke Zero, 5Gum, Jack Links, Jack Links Cold Crafted, Twix) along with a teammate of their choosing. The live stream tournament featured multiple match-up rounds where snacks battled in the ultimate party game: Overcooked 2. Overvooked 2 is a cooking game where players need to work together to cook up a variety of recipes and serve as many dishes as they can before the timer runs out.

Battle of the Snacks was a unique opportunity in the way that it positioned DoorDash’s core values of allowing other brands to share the spotlight.

Normally marketers and brands are keen on ensuring brand exclusivity to put themselves front and center during branding opportunities. This custom tournament did the opposite. By inviting these popular snack brands to participate in the live competition, DoorDash gained access to incremental viewership, a heightened clout factor, and a halo effect that solidified DoorDash’s favorability on the platform resulting in incredibly high viewership and a doubled follower base on the DoorDash Twitch page. So, while this approach involves sharing the spotlight, the results certainly do not lie. 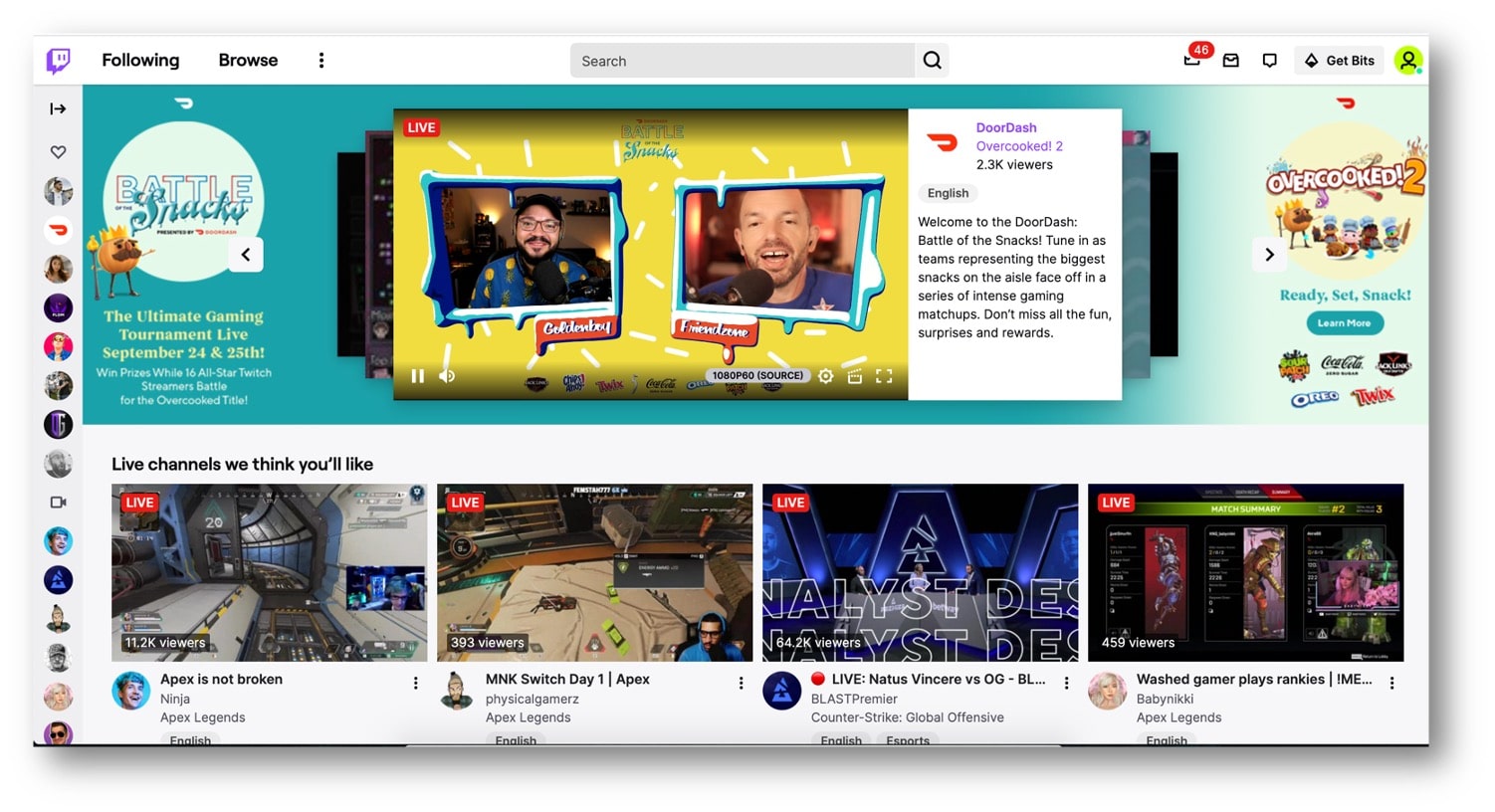